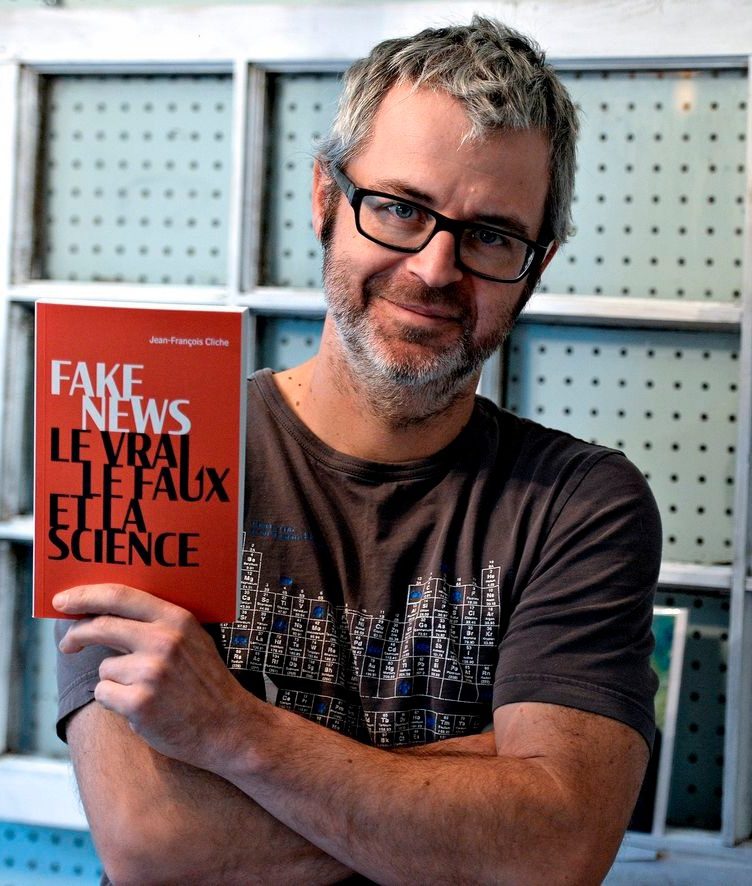 Jean-François Cliche is a science journalist for the daily newspaper Le Soleil in Quebec. He also writes a column that deals with controversial science for Quebec Science magazine. Always well documented, his writings have earned a reputation for clarity and thoroughness in a complex area, where it would be easy to ignore nuances, distort conclusions or outright ignore them. He also co-authored the two volumes of the book En chair et en maths with the mathematician, Jean-Marie De Koninck.

Though Jean-François Cliche pursued university studies in sociology and history, he has long had a strong interest in science. “In 2006, when the newspaper’s management asked for proposals for scientific content from its journalists, most of the books I read out of personal interest were about science,” he says.