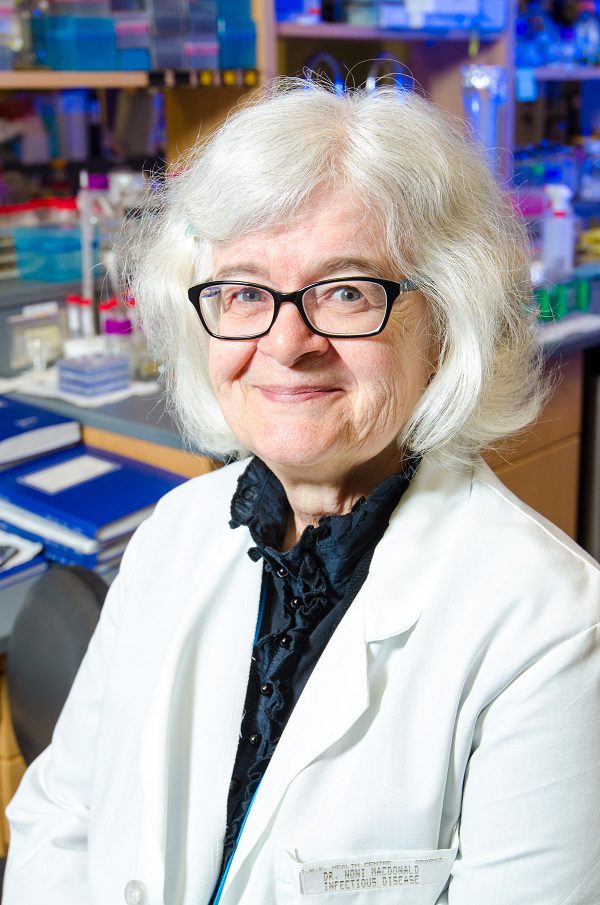 From 1981 to 1999, Dr. MacDonald served as an Assistant Professor, Associate Professor and Professor in the departments of Paediatrics and Microbiology and Immunology and founded the Division of Infectious Diseases at the University of Ottawa. In addition to her teaching and research work she was a clinician at the Children’s Hospital of Eastern Ontario (CHEO) and served as Chief of the Division of Infectious Diseases from 1991 to 1999. In 1999 Dr. MacDonald became the first woman dean of medicine in Canada when she was appointed Dean of the Faculty of Medicine at Dalhousie University and held this position until 2004.

Over her storied career Dr. MacDonald has worn many other hats including founding editor of the journal Paediatrics & Child Health, co-founder of MicroResearch, a non-profit organisation which aims to build research capacity in sub-Saharan Africa, publisher of over 450 papers, and member of the WHO’s Strategic Advisory Group of Experts (SAGE) on Immunization.